20 AutoCAD bad practices you should avoid

20 AutoCAD bad practices you should avoid

Recently I asked my blog subscribers and LinkedIn connections about the AutoCAD bad practices which they come across in their workplace. I got some really great responses, big thanks to all users for sharing their answers.

I have compiled their responses along with some inputs from me in this article. Many of the responses were similar, so I have only included the most common among the similar type of bad practices.

This is one particular bad practice which is prevalent in veteran CAD users. The users generally tend to put objects which they don’t want to plot on Defpoints layer. I have shared some good reasons for avoiding this bad practice in this related article.

Related: Why you should not use Defpoints layer.

Not assigning object properties by layer:

As the title suggests the practice of assigning properties to the object is not a good one. Once you assign the object properties and then assign those objects to any layer the properties of the object are retained and it does not inherit property from its layer thus creating a great deal of confusion and untidy drawing.

Making all objects on layer 0:

Why would you do that? AutoCAD offers a great way of sorting drawing elements using layers which can also help you in controlling properties of multiple objects by changing properties of their corresponding layer. This is simply a bad practice which is seen in a novice or a lazy drafter and it should also be avoided wherever possible.

As far as possible try to use the layering standards such as AIA or your company standard. This ensures consistency when drawing is transferred to other contractors. If consistent standards are not followed, then you might end up with drawings having different naming standards that need to be translated before it can be used properly thus killing extra work hours.

This issue can simply be avoided by reviewing drawing before submission. Sometimes not all of the drawing objects are placed on the correct layer, as an example not placing all of the doors in a drawing on its layer and other similar situations.

This one is another such bad practice where users tend to start drawing without specifying units or limits of the drawing. Although you can change units of a drawing in AutoCAD at a later stage but it is always advisable to start with a template with all of these pre-set settings to avoid confusion at a later stage.

Related: How to convert units of AutoCAD drawing

Using the different scale of an object for different viewports and putting them on different layers is an obsolete technique. Annotative property in AutoCAD is introduced to get rid of this issue and to make drawing scale transition a seamless task but still, most of the drafters try to avoid using annotative scale despite its great features.

Not Locking Viewports in Paperspace:

Blocks are not created on layer 0:

Many drafters use a practice of placing blocks on the layer other than layer 0 but in actual practice, blocks should be created on layer 0. In this way, the blocks take the property of layer on which they are finally put but if they are made on the layer other than layer 0 then they don’t inherit properties from target layer on which they are put which creates an inconsistent drawing.

Not putting XREF on a separate layer:

As far as possible always try to put Xref’s on a separate layer dedicated to only Xref’s and also ensure that the layer is not layer 0. In this way, you can control properties of X-ref’s in a better way and also it becomes easier to manage these external references in drawings where they are inserted.

It is also advisable to prefix layer containing Xref with X or Z to keep it at the bottom of layer list.

Generally, Xref’s of a drawing are saved on multiple network drives and if you intend to send a drawing containing multiple Xref then eTransmit is the best option. Sending all Xref manually is not a good idea as it may cause broken file path and missing references.

To ensure proper transmission of a drawing containing Xref use eTransmit in AutoCAD which creates a zip file of all Xref’s and then this zip can be easily transferred.

So it is always advisable to avoid creating drawings on layer 0 which will be inserted as a Xref.

Using complete command instead of aliases:

This is once again an issue which should be avoided as far as possible. Copying and pasting data from drawings of different versions or from non-native DWG files creates redundant data in the drawing which starts to create the error in the drawing and adds unnecessary DGN linetypes or other similar data types which can’t be deleted even with the purge command.

Whenever you hatch an area in the drawing try to keep it associative so that changing the boundary changes the associated hatch region as well. Also, try not to explode the hatch because once exploded a hatch can’t be modified using hatch editor tab.

Not using Overkill and Purge:

Many drafters tend to overlook the importance of OVERKILL and PURGE command. It is always a good practice to use OVERKILL command for cleaning redundant or overlapping geometries. This command also helps is reducing file size by combining separate entities into polylines.

This bad practice makes drawing very untidy, extra dimensions and also overlapping dimensions should be avoided at all cost. The dimensioning involving different dimension styles and dimension size should also be avoided.

This is not often seen in an experienced CAD user but most of the novice CAD users simply make geometries which look like the required drawing and then change dimension text to show correct value of the dimension.

This inconsistency occurs when users fail to use object snap properly. Needless to say, this is a bad practice which should be avoided wherever possible.

Keeping all object snap modes ON:

New CAD users may find it useful to keep all object snap modes ON to enable selection of any snap point, but it is certainly a bad practice. It causes your drawing to snap to incorrect points which are too closely spaced to be recognized as separate points and thus creating inaccurate drawings which further causes the error in dimensioning too.

To avoid this error try to keep only required snap points ON or try using Shift right click for selecting specific snap points.

Do you agree with our list? Do you have more similar bad practices to share with us? Let us know in the comments below. 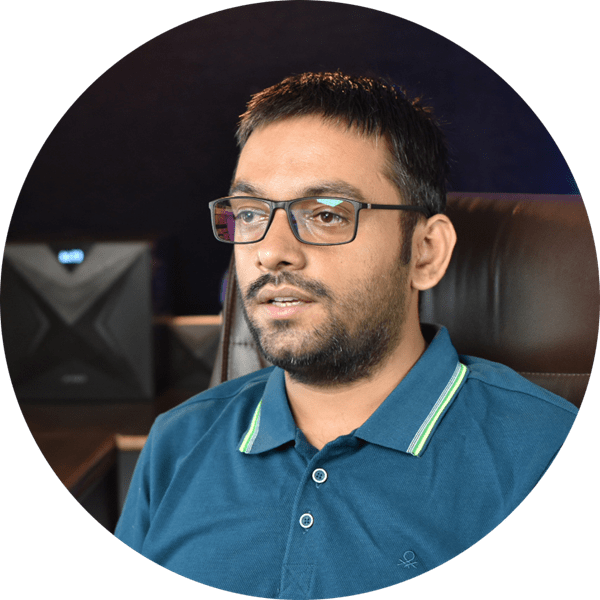